NEW ALBUM OUT IN OCTOBER!

It is my distinct pleasure to announce that work has been completed on my latest album, "WHERE DO WE DRIVE THE BLOOD".  It took me two years to record this album (with the exception of one drum track I played all the instruments myself.  With 40 songs spanning over 2 hrs this double (triple?!) album shall be released on CD and as a digital download this October.  This is my first solo full length since 2010's, "BARELY REGAL BEAGLES"

I will also be dong a string of midwest record release shows in support of this album with Ross Meyer (Tarantulas) and John Hansen (Slats) as my backing band.  SLW & THE GARBAGE BOYS.  These will be my last live shows for awhile. 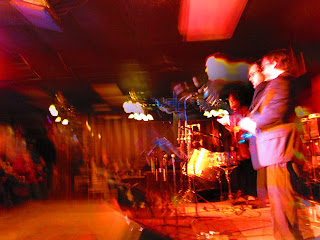 More details soon...
Posted by Samuel Locke Ward at 9:06 AM No comments: